The Greek Economic Crisis. I know, this is hardly how you expected this to open. There’s no doubt you expected the imagery of an over-sexualized Atara Themis and the intoxicating cocktail of Mediterranean accent and alluring husk uttering those two words she was most famous for. Have no worry Doves, we’ll get to that time provided, but for the moment bear with your Goddess and get a peak behind the scenes of an Atara you’ve never seen. An Atara very few have seen and an interpretation of Aphrodite Incarnate even fewer acknowledge exist.

The Crisis, or in my native tongue, ? ?????. It’s been over a decade and my country is still very much recovering and despite all the strife and turmoil, despite real loss and suffering, it’s still an easy jab at me. I think it goes to show the lack of not only creativeness in the wrestling world, but the lack of worldly minds cultivated beyond the scope of their mundane woe is my life narrative. It shows not only a lack of knowledge but a refusal to put any actual effort into our craft and coming from me, minimal effort being my modus operandi, that’s saying something. I know we are all self-absorbed assholes but I was twelve years old then

I know as a Greek, a prideful people, wh.at you think is a funny haha moment for promos, to me is a deep cut paramount to myself taking a shit all over your “Never Forget” boohoos every September. Whine about it all you want, I’m by no means using it as an insult, but an example. My people have to been the victim of religious and racial prejudice at the hands of Muslim extremist but in this drowning man scenerio let me point out we’ve lost tens of thousands of not millions and are still losing. Thanks once again America, for disrupting a region and putting the world at risk.

Thanks once again America, for that little housing blip that was the catalyst sending the entirety of the world into recession. That’s not to say you were completely at fault, our Parliament was rife with its own ineptitude, but before you look down your nose at me and call yourselves the beacon of democracy, an idea born in this country, before you flaunt your capitalist greed driven wealth in my face just remember you had a hand in it. Take a long hard look at your world and see all the things Greek you’ve used as a foundation and realize without the Hellene you’d be nothing more than one of the many third world shit holes you love to exploit.

Thank you again America, for opening the eyes of the world. For opening the eyes of this twelve year old girl and helping her to realise not to take the things she had for granted and for helping her to realise that if she didn’t take care of her own no one else would. For helping her to realise everyone and everything was out for itself and if she didn’t act first she would be no more than a tool in their game for wealth, power, and influence. I was twelve years old, I saw businesses close. I saw homes lost. I saw whole families, my friends, having to uproot and leave this place we love so much. I saw a world mock us, a world we have given so much to. A world that has taken so much from us. So many of those homes are still empty…so many of those friends are still gone.

I was 12 years old. I was one of those families uprooted and moved to guess where? America. New York in fact, a little burrough of Queens called Astoria. Four years I lived in a brownstone in the greatest city on Earth. Four years me and mine were mocked and teased because we sounded different, because we had little grasp of the English language or culture. We had to fight for everything and everyday we longed for nothing more than the smell of Aegean salted air and hospitable Greek faces. Four years I used the craft my father taught me to beat the living shit out of entitled and obstinate white girls and it wasn’t just the pretty rich blondes, but the black clad die drenched contrarian angsty goths. Girls so self absorbed in their own self perceived plight they had the slightest clue of real suffering.

My mama was a drug addict who didn’t care. Boohoo. Mine was a renown prima ballerina killed by a drunk tourist and robbed of even the chance of emotionally scarring her daughters for life. You were a poor country girl who had to work hard on the farm? Get the fuck out. You’re not subjugated to a still very prominent and archaic dogma that dictates your value based on the thing between your legs.  You got to choose your life path, your husband, you had the opportunity to improve your station. You’ve never lived under the constant threat of tribal warfare and the possibility that in the middle of the night you would be kidnapped, taken advantage of and brutally mutilated.

You’ve never had to try and escape a totalitarian regime by crossing a border, having to turn and look at your mother and ask why daddy had to stay behind. You didn’t have to be told Daddy couldn’t come because he was a man and the country you were going to put a premium on women because their male population couldn’t find wives. You never lived under threat of the sex trade.

Forgive me if I’m not empathetic to your terribly tragic and traumatic story of drug addictions and neglect. Sorry I don’t give a shit about your Maury-esque who’s my daddy bullshit. When I weigh it against the rest of the world and determine who has the greater fighting spirit…Americans lose every time. The rest of the world honed our craft against the worst humanity. We sharpened our teeth on the bones of sensitive and weak bitches like you.

I was twelve years old. It was four years before I saw Athens again and when I finally got back I promised I would never be put in that situation again. In Athens, my home and birthplace, there is a neighborhood called Plaka. Affectionately named The Neighborhood of the Gods, it’s a picturesque Greek neighborhood nestled at the base of the Acropolis. Plaka is where I made good on the promise. The greatest day of my life. I bought a house for myself there. From my balcony I look up to the Parthenon everyday and I’m reminded I’m standing in the birthplace of modern civilization. I’m reminded of all the world has taken from us. I’m reminded of how little it has given back and I’m reminded of what I endured to get that view. 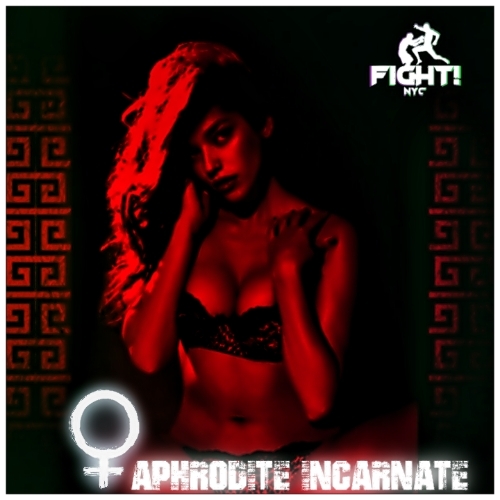 Her temple is being cleansed. It is being prepared. You see little more as the scene fades back to oblivion and words replace it.

Sing my praise. Gift me your love and adulation. Worship me like no other and send up your supplication. Tell me what it is you pleasure, ask of me what you desire for my desire is my domain.

But you mustn’t forget.

Those words fade out and your bosom swells, the heart flutters for you know what is next. You have fulfilled your end of the bargain and know the reward is just seconds away. Life into the void once more….the Goddess. 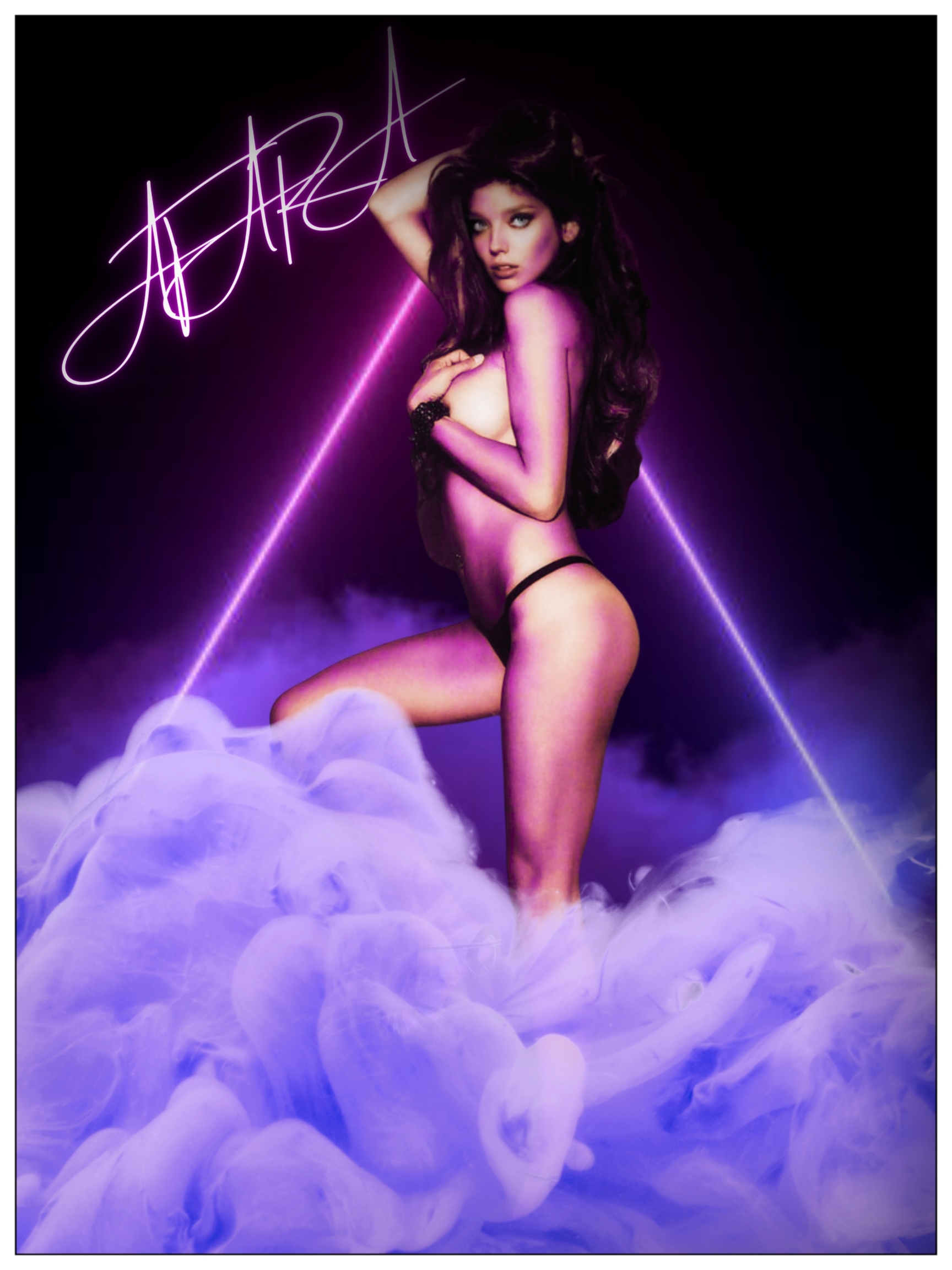 The words pour like Grecian honey, their sugar calling into the action the reward receptors of the mind entrapping now mindless fly’s in the Goddess’ bewitchment.

“Fight. How quaint. An assemblage of the finest warriors in the land I presume and having heard some the names of these heroes I’m sure there is some truth in it. Still, glorious as it is, what is war without it’s mistress. Here I am Doves and I assure you things will get a whole hell of a lot more interesting now that I am.”

“Hello Noelle,” ample pink tinted lips pour once more before sealing that divine amphora’s lid with a grin while trapping a throttling giggle behind them.

“I’m sure you have already heard murmurings because the arrival of the Goddess is a hard thing to keep fully secret. I hope you are well. New as you are to this world of conflict, inexperience is nothing more than a noose around the neck when faced with the pressure of stepping toe to toe with myself. I’m sure you’ll put up a valiant effort all the same and it’s really all I can ask for in this instant.”

“Be assured Dove, and take heed when I say it is nothing personal. Prayers went up and sacrifices had to be made. I know, cliche sacrifice reference, but the weight of what I’m stressing changes no less. You should be honored they picked you to be the first and hold no grudge in the end. Take this inevitable loss as a single battle in the campaign that should be your career and move on to the next. A long term engagement  with me isn’t something you need in the infancy of your time in the ring.”

“Take all the advice my Bastard sister gives, scrap until you can scrap no more then disappear back into irrelevance. This isn’t about you at all, there will be no statement made, no keystone victory. It is about me. They asked for me. They prayed for me. They kneel for me. You’re an example, a message to the tower that they now bask in my radiance.”

“Play your role and keep yourself cast in what is now just another piece of my evergrowing legend. My legacy.”

Atara’s words trail as chaos void reclaims and reduces the scene back to black.