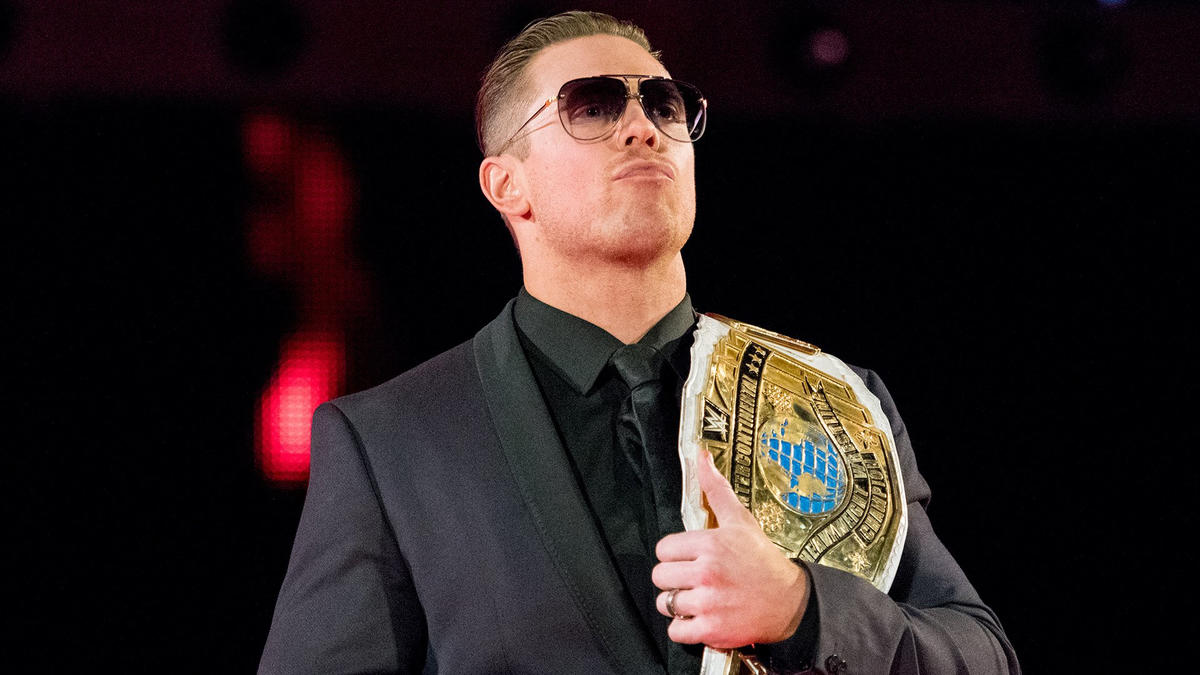 We see Jason Ryan with holding on to his newly won Revolution1 International championship as he sits in a interview room. In front of him is a new interviewer just recently signed to fight. Beside Jason is his manager Ira Stevenson. The interviewer clears his throat

Hello everybody, my name is Mark the Page and I am here to conduct an exclusive sit down interview with Jas-

Don’t you dare! Ira interjects. Do you not see what this man has in his possession?! It is a professional wrestling championship title. A most important title, this man is the 5th ever Revolution1 International champion! He is the first man to bring a title from another company here! And you, little boy, will address this man as Mister Ryan and you will not make eye contact with him! Is that understood?

Mister Ryan, first of all, thank you for your time. I know you’re a very busy man. You’re currently filming for the ne the thriller set to release next Spring, Dead by Dawn which you’re starring in. You just won yet another championship title to add to your resume. Congratulations by the way-

You know you’re the first person to congratulate me on my oh so important victory last night that works here? Nobody, not a single fucker here has reached out to me, not with a tweet, not a DM, not a text, not a phone call, not a single person. And that’s quite telling. They say silence is deafening. And after all the fucking bullshit these idiots say to me on Twitter towards me on a regular basis, saying my career is trash, despite the fact in the past few months I have retired Brandon Hendrix, I ruined his life. And I put my nemesis, Angelo De Caito in the hospital, I doubt he’ll ever return to Revolution1 and pinned him to win my beautiful title here.

I am on a roll, you think Ani has any room to talk shit on Twitter like how she was not long ago? Her days of people giving a shit are long gone, OPW is dead because of people like her. I’m just saying, maybe stop acting like a National extremist and acknowledge other federations exist and other people compete in said federations and they come to compete here. I know Ani doesn’t know anything that isn’t about trying to make people attracted to her. I can’t be too mean, she talks like a three year old because that’s her mental age, I’m not like Dan. I don’t pick on people who are mentally deficient so I can seem smart for once.

Don’t interject without my blessing, that’s very rude. You told you you were allowed to matter in this interview? Who told you you had the right to speak without permission? Know what, just for that, as soon as this is over, I am kicking your ass. Maybe next time you won’t speak without my permission. Before you decided to cut me off, I was about to get to my point. My point, is ever since the news broke about my victory, the silence has shut everyone up. Because they know, everything they’ve said, is false. This is my 6th title in the three years I have been an active wrestler, and if DCW ever runs their next show, I’ll win their world title and claim my 7th championship. Most people in Fight, were jobbers three years in their careers. And here I am, the greatest rookie ever. And this title here proves it. I will surpass every single person here, and that’s why they don’t like me. Because one day I’ll be better than they could ever dream of being.

Let’s change topics. Lately you’ve been speaking of this High One you work for, someone who has opened your eyes it seems. Care to explain further?

All you really need to know, is when the man who I work for wants to reveal the nature of our relationship, he will. It’s someone from Fight, all I will tell you. But, I will say, he and I are in agreement that everyone here sucks and there need to be changes. We are in agreement most people in Fight suck. There’s a reason OPW died, and I’m not apart of it. It’s people like Ani, Dan, Stephen, Dark Tiger, Lisa Marie, etc that made OPW unwatchable and forced whoever is in charge to build from the ground up. Did you know I was supposed to compete for the Prestige title, the last Prestige title was going to be a triple threat before they had me face a literal who instead?

I did not know that

Because like everyone who works in media, you’re too lazy and stupid to do research. But that was the plan. Luckily, I have the International title, a belt that means more than the Prestige title ever did, mainly because I wasn’t given another shot to win it so I could be the division’s saving grace. But I’m not too mad, but I am very bitter so I am going to make everyone here at Fight pay. I am coming in with a fire in my belly. And it starts with my opponent for Venom. Who is that, by the way?

I don’t care. All I know is I am going to beat the living shit out of whomever. I am going to use them to make a statement. everyone here has forgotten about me, and when people forget about me and write me off, bad things happen. I have retired people from less. I am the Dreamkiller of professional wrestling. When someone makes me annoyed, I go out of my way to ensure their dreams die. Ask, people in Revolution1, BPZ, APW, well you can’t because I killed that fucking company, hell ask whoever it was I beat when I won the OPW Prestige title. Bad things happen to my opponents. Because I want bad things to happen to my opponents, and this cumcatcher whoever it is, is gonna experience it first hand. Like I said I’m going to make an impact. Whoever this curtain jerker is must of pissed off God  or whoever to be put in the ring with a man who doesn’t regard them as a person at all. I am Jason Ryan, I have earned the right to treat others how I wish, because I am better than them.

Final question. Would you be interested in defending the Revolution1 International Championship here?

No. For one thing, I can’t. I can only defend my title at events sanctioned and ran by Revolution1. And Fight cannot make me defend this title either. But let’s say Revolution1 was okay with me putting my title on the line. My answer would still be no. That’s not how this works. You wouldn’t know because you’ve never done anything in life but no one here deserves to fight me when I am such a superior human being much less fight me for any title I may have. Take my upcoming opponent for example. That booger eating, pencil dick fuck is not on my level. Everyone knows my name, I am rich, famous, successful, the best looking guy in professional wrestling, I could go on and on. But the thing is, I am perfection incarnate. And for that good nothing baby of a crackhead and bastard to think they have any right to fight me, they’re as stupid as they look. So after the match, I’m gonna get in the ring with my steel rod, I’m going to spit in my opponent’s face and I’m gonna give my opponent a prison beating. And trust me. There will comes a time when everyone admits I am the future of professional wrestling.

Jason spits in the interviewer’s face and drops him with a well placed shot to the head with his title. Jason faces the camera and mockingly bows.

The best at what I do. Mister better than you.