One upon a time, many years ago, there was a kingdom called Florida where a redheaded princess named Candice lived. She lived in a small 2 bedroom castle with her guardian and protector the great and powerful Granddad. Princess Candice had been placed in his guardianship after a dark fairy possessed her father the King and made him kill the Queen and then himself. The fairies instructed Granddad to take care of because one day she would rule an Empire.

Candice! Granddad said as he pulled the blankets down on the bed, he could hear the water running in the bathroom. It didn’t matter how many times he told her to shut off the water while brushing her teeth to save water, she did what she wanted to. It’s time for bed.

Will you read me a story? A scrawny little redhead walked in the room dressed in a pair of white pajamas with pink flowers on them, she was dragging a stuffed bunny by one of it’s ears.

Sure, pick a book from the shelf. He took a seat on the bed, with his back against the headboard and watched as she walked over to the bookshelf lined with books and stuffed animals of all shapes and sizes.

I know which one. The princess pulled a blue book from the shelf then made her way over to the bed and crawled in it. She handed the book to her grandfather and began to get comfortable and pulled the blankets up some on her and the rabbit. She listened as he told her the story of the little velveteen rabbit and how the rabbit became the favorite toy of a young boy. He told her about their adventures in the woods and meeting wild rabbits who told the bunny he wasn’t real. He told her about the boy becoming sick and the doctor ordering everything including the bunny to be burned.

Why did they have to burn the bunny, Granddad? She looked at her rabbit and pushed his ears out of his face then tucked him back in.

The boy was sick and back then, it was the only way to get rid of the sickness.

If I get sick, you better not burn my bunny. She told him matter of factly with her arms crossed over her chest.

Never, honey, we have bleach for that now. He chuckled and continued on with the story telling her how the bunny was put in a bag and taken out to the garden to be burned and while there began to think about the boy and his life and began to cry. Out of one of the tears a fairy appeared and she kissed the bunny and picked him and took him back to the bunnies to be real. So, all I have to do is really love my bunny for a long long time and he will become real?

That’s all you have to do, honey. Grandpa got up from where he sat and tucked her in and gave her a kiss on the forehead. He made his way to and as he turned out the light he heard her voice in the darkness.

One day, Bunny… you will be real. I promise you. He smiled as he turned out the light, he knew one day… some way, somehow… that Rabbit would be real.

Now, years later, back in Parts Unknown after the filming of Venom, it’s late at night at the house of the Femme Fatale. She and her little brood were back at home and everyone, including Roger and One, were asleep. VooDoo, however, was not. She was sitting at the kitchen table writing the week’s breakfast and afterschool snack plan for the kids. Mom life wasn’t a glamorous life, but she loved it more than her business life and her life at the Rabbit.

She noted that she should already be in bed, all three girls had dance class in the morning before school; she could easily send One with the girls, but there were just some things that she enjoyed doing and this was one of them. She quietly got up from where she sat, made her way across the kitchen and turned off the light; and made her way down the hall to the living room and turned off the main overheard light, yet leaving the one lamp in the corner on. Upstairs she went, stopping at the girls room first, despite all the kids having their own room at the ranch in New York, here in Parts Unknown, they were all three in one room. She made sure that each of them were tucked in before she made her way over to her son’s room. He was knocked out, game controller in one hand and his in-game avatar standing in place looking around as if it was bored, every once in a while making a movement that resembled “come on, let’s play”. All she could do was shake her head as she took the controller out of his hand and placed it on the night table and pulled the blanket up over him. VooDoo made her way back downstairs and went further down the main hallway to her room, and quickly changed into something to sleep in. As she crossed the room to her bed, she glanced at a bookshelf in the corner and gave a little smile. Sitting on the very top shelf was little Candice’s stuffed Velveteen Rabbit, she had made it a promise all those years ago that one day she would make it real. And in a way, she did. 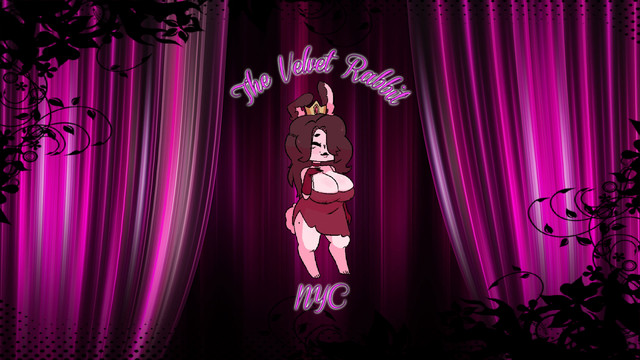